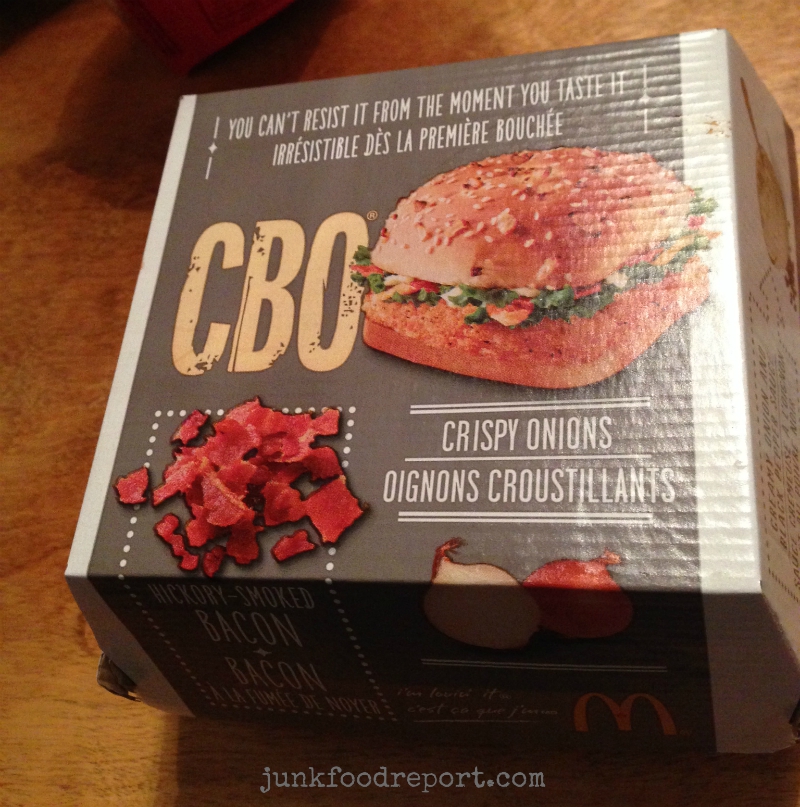 First off, I was surprised with this sandwich because of how different it was from the McDonald’s CBO offering in the USA. In the states they had white cheddar (C), bacon strips (B) and caramelized onions (O) on a choice of chicken or beef. In Canada it is crispy chicken (C), crumbled bacon (B) and crispy fried onions (O). Now that we are clear on what we are dealing with, lets get to the review. 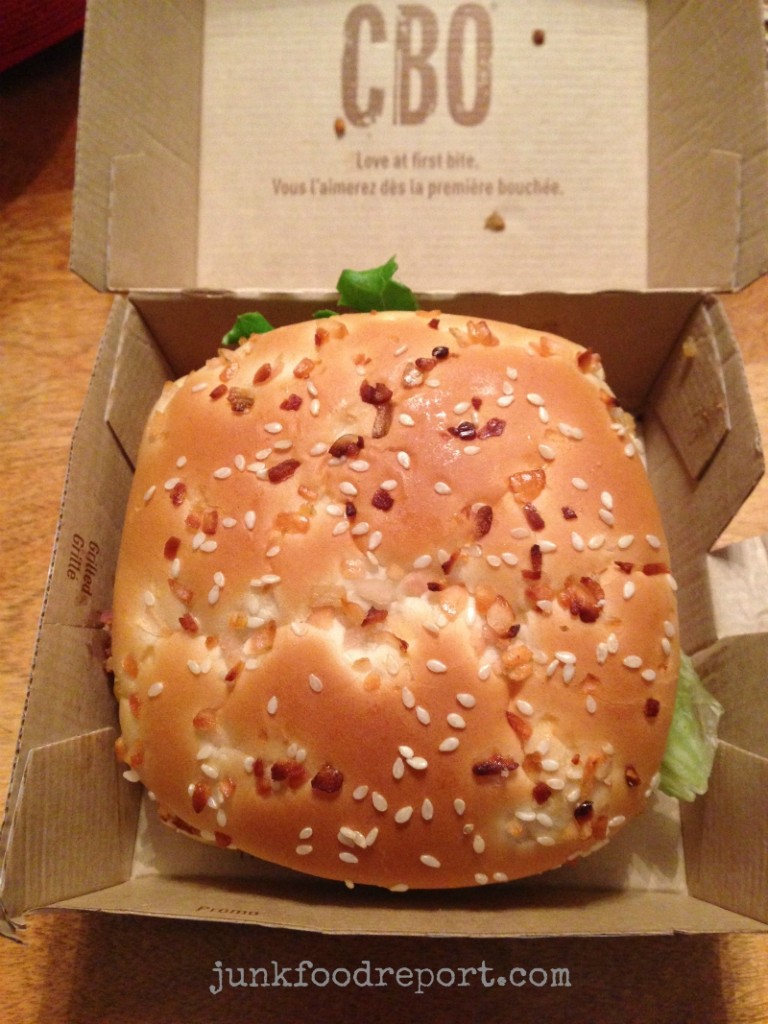 Look at those toasted onion flakes in the bun.

The sandwich itself came on a new onion bun which was a nice offering from McDonalds versus their standard buns. Its had some flavour and a fuller texture. There was a nice piece of premium leaf lettuce on the sandwich which was pleasant relief from the heaviness of the rest of the toppings. The crumbled bacon had a nice texture, but wasn’t present in many of the bites, so it was okay at best. The crispy onions were nice, but did get somewhat lost in the rest of the toppings. Finally the sauce was difficult to identify but I think it could have been a black pepper ranch or some sort of pepper mayo. 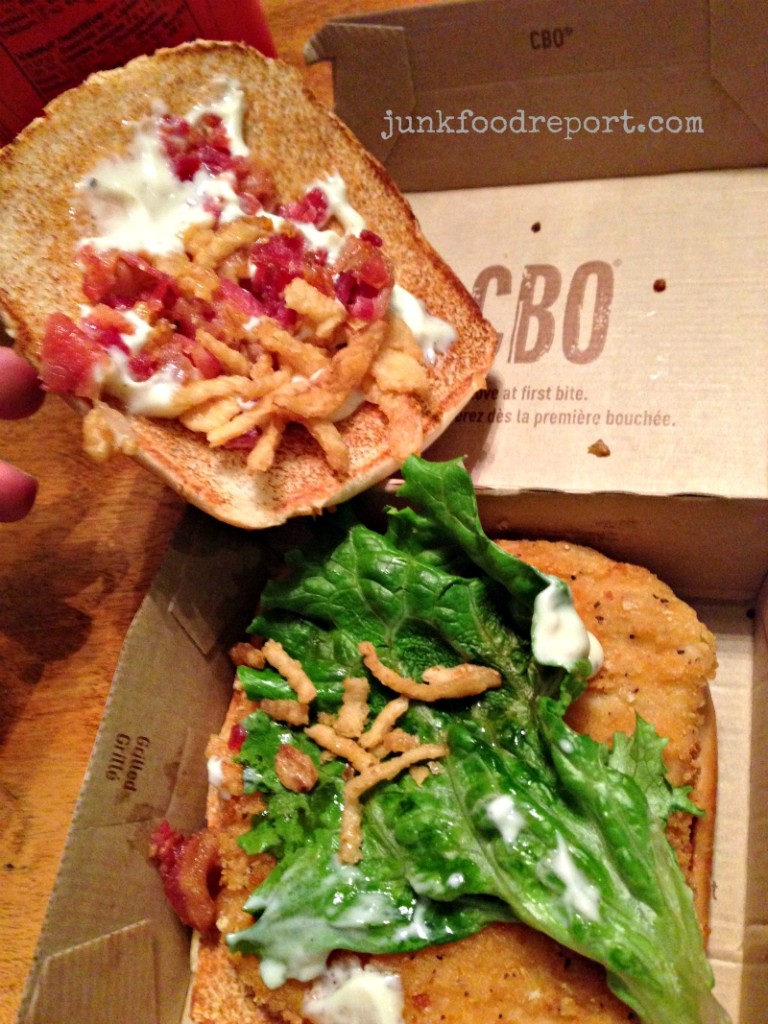 When you take a bite there a nice subtle onion flavour, though I couldn’t tell if it was from the bun or the crispy onions, occasionally nice salty bacon texture and flavour, a hint of peppery sauce on a standard seeming crispy chicken patty.

As a whole, the sandwich was tasty but pretty heavy. It’s battered and fried chicken with battered and fried onions and bacon and mayo. The lettuce couldn’t quite stand up the heaviness of that. I yearned for a nice slice of tomato. For the people that don’t like too many vegetables on a burger, they will really like this.

Also, I may have been suffering from missing the delicious caramelized onions that I had sampled in the USA.