This was a large sandwich. It was loaded up with pepperoni, salami, swiss cheese, banana peppers, roast ham, vinaigrette, red onion, tomatoes, lettuce, garlic aioli all on a sub roll.  This was a pretty big sandwich, though Arby’s is not new to the big sandwich game with the market fresh sandwiches.  As long as you are not expecting a foot long, you should be impressed.  Its a decent length loaded up with lots of meat and toppings.  The bun seemed to be the same bun that they use for their french dip or 3 cheese and bacon sandwiches. 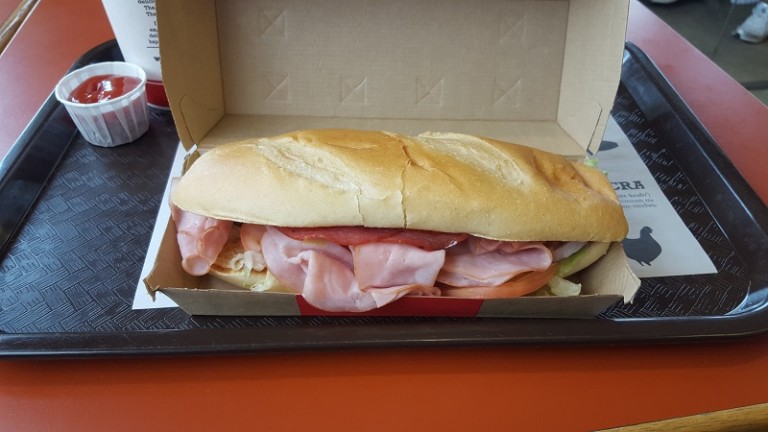 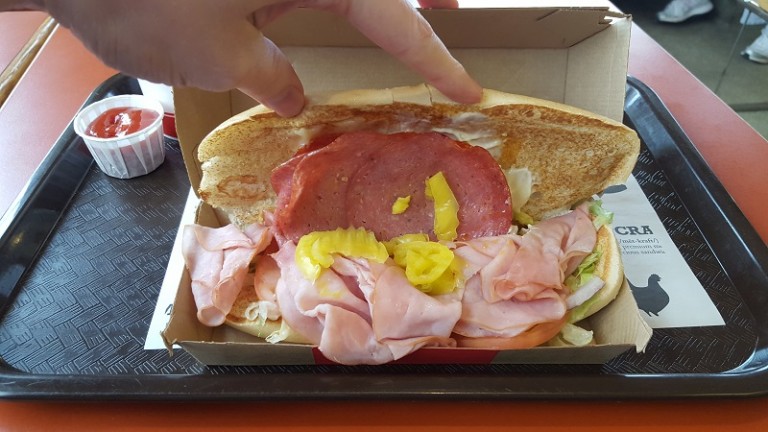 Mark and I both tried this and we really enjoyed it. Most of the ingredients came through on their own. I tasted the melted cheese. The pepperoni was spicy, the pickled peppers gave it a nice little vinegary punch. The red wine vinaigrette stuff came through and onions were balanced and good.  The ham fell by the wayside a little bit. Obviously since it was a cold cut it was pretty salty, but that comes with the territory. 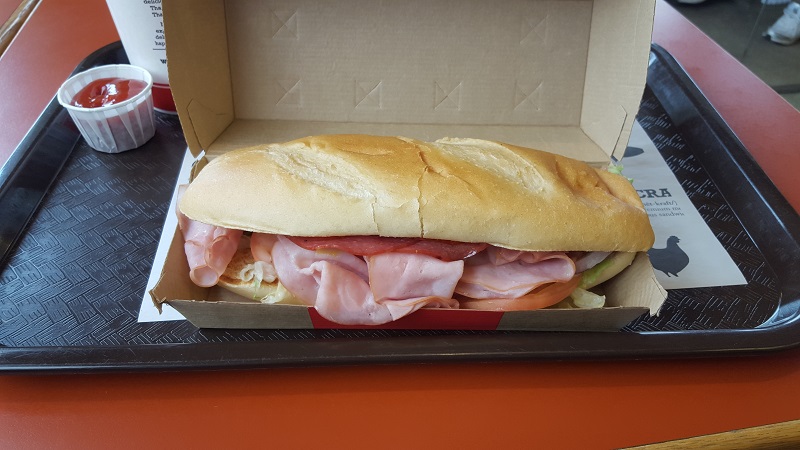